The North Umpqua River is a tributary of the Umpqua River, approximately 100 miles long, in southwestern Oregon in the United States. It drains a scenic and rugged area of the Cascade Range southwest of Eugene, flowing through steep canyons and surrounded by large Douglas-fir forests.

The North Umpqua River rises in the high Cascades, issuing from Maidu Lake at elevation of 5,980 feet in the Mount Thielsen Wilderness. The small 20-acre natural freshwater lake is named for an Indian tribe of the Sierra Nevada region of California.

The North Umpqua then runs along the Douglas-Klamath county line approximately 70 miles east of Roseburg. It is impounded in its upper reaches in the Cascades to form Lemolo Lake for hydroelectricity. It is also impounded for hydroelectricity at Soda Springs Dam, forming a small reservoir on the upper river.

The North Umpqua then follows a serpentine course down from the Cascades, westward along the southern side of the Calapooya Mountains. The rivers upper course passes through the Umpqua National Forest, past Toketee Falls and Steamboat, where it receives Steamboat Creek from the north. It receives the Little River from the south at Glide and joins the South Umpqua River from the east approximately 5 miles northwest of Roseburg to form the Umpqua River. 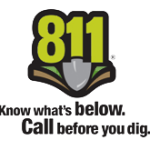